Kai Early Years: Innovation and contribution of building materials towards learning and education

While the country’s progress is fast-paced in most fields, the education sector still suffers. Be it the structure of the courses or the campuses, the education system remains static and outdated. Education Design International(EDI), a firm dedicated to designing educational environments, works off this beaten track.  Architects at EDI are trying to bring change to the education system through well-researched designs. Kai Early Years – a preschool in Bengaluru is one such attempt. Right from the engineering of the facade to the interior architecture, Kai Early Years is an example of revolutionizing educational architecture in India.

Kai Early Years is what would traditionally be called a pre-primary school, with a twist. The architects, along with the school’s co-founders Jennifer & Saad Sait, have tried to imbibe a ‘third-teacher’ learning environment for the early childhood campus. The third-teacher implied here is the experiential quality – the touch, the sounds, the visuals & even the aroma of the space.

The concrete polished slide along the circular staircase, inside the building, is a prime example of how the architects have worked to mitigate the mental boundary between formal and informal learning.

The campus has two parts – a community center and an early childhood campus – both of which have their independent entrances. An outdoorplay area, covered with membrane roofing, separates these two premises. It has been designed, keeping in mind a child’s mind – boundless and free-flowing. Not just the exterior, but also the interior of the early childhood building lacks sharp edges or planes. The curvilinear nature of the planning, along with its amboetic building form, aids the tiny tots with way-finding.

Spaces are demarcated by the difference in flooring patterns or acoustic screens, instead of typical walls.

The concrete polished slide along the circular staircase, inside the building, is a prime example of how the architects have worked to mitigate the mental boundary between formal and informal learning. Designing the outdoor deck as an extension of the indoor spaces is yet another feature that aims at making the shift between the outdoors and indoors seamless. Keeping in mind the many moods of these preschoolers, learning spaces have been designed for variety & flexibility.. From dingy caves under the stairs to learning pods flooded with daylight, Kai Early Years triumphantly sport ‘third-teachers’ of all shapes and sizes. These ‘learning pods’ are a refreshing change from the concept of classrooms. Each learning pod caters to a variety of activities – reading, cognitive development, playing, creation, and so on. Spaces are demarcated by the difference in flooring patterns or acoustic screens, instead of solid walls. Even the staff room has low-height walls and barely-there partitions so that the teachers seem more approachable and less intimidating. The concept of ‘learning without boundaries’ has been adopted here quite literally!

Light quality is another notable factor of the design. The colossal atrium welcomes the children with open arms and a ton of natural light. Not just the entrance, but the entire building with its peculiar-shaped but strategically placed fenestrations provides ample natural light. However, the peculiarity does not stop at the placement and shapes of windows, the same narrative is adopted for the building facade as well. Irregularly shaped timber cladding and distinctive undulating white pergolas further accentuate the amoebic form of the building. The Kai-way of free-flow and infinitude are reflected everywhere in the premise. Even the pathways and landscape of the campus have an organic yet mindful approach.

Designing for young minds requires innovation, but more importantly, it requires precision. Keeping in mind the anthropometry of the users, window sills have been maintained at a lower height to allow the toddlers to maintain effortless visual contact with the outdoors. Many such considerations make Kai Early Years relevant to contemporary times. Kai Early Years is exemplary of how design can help elevate the quality and structure of education as well. 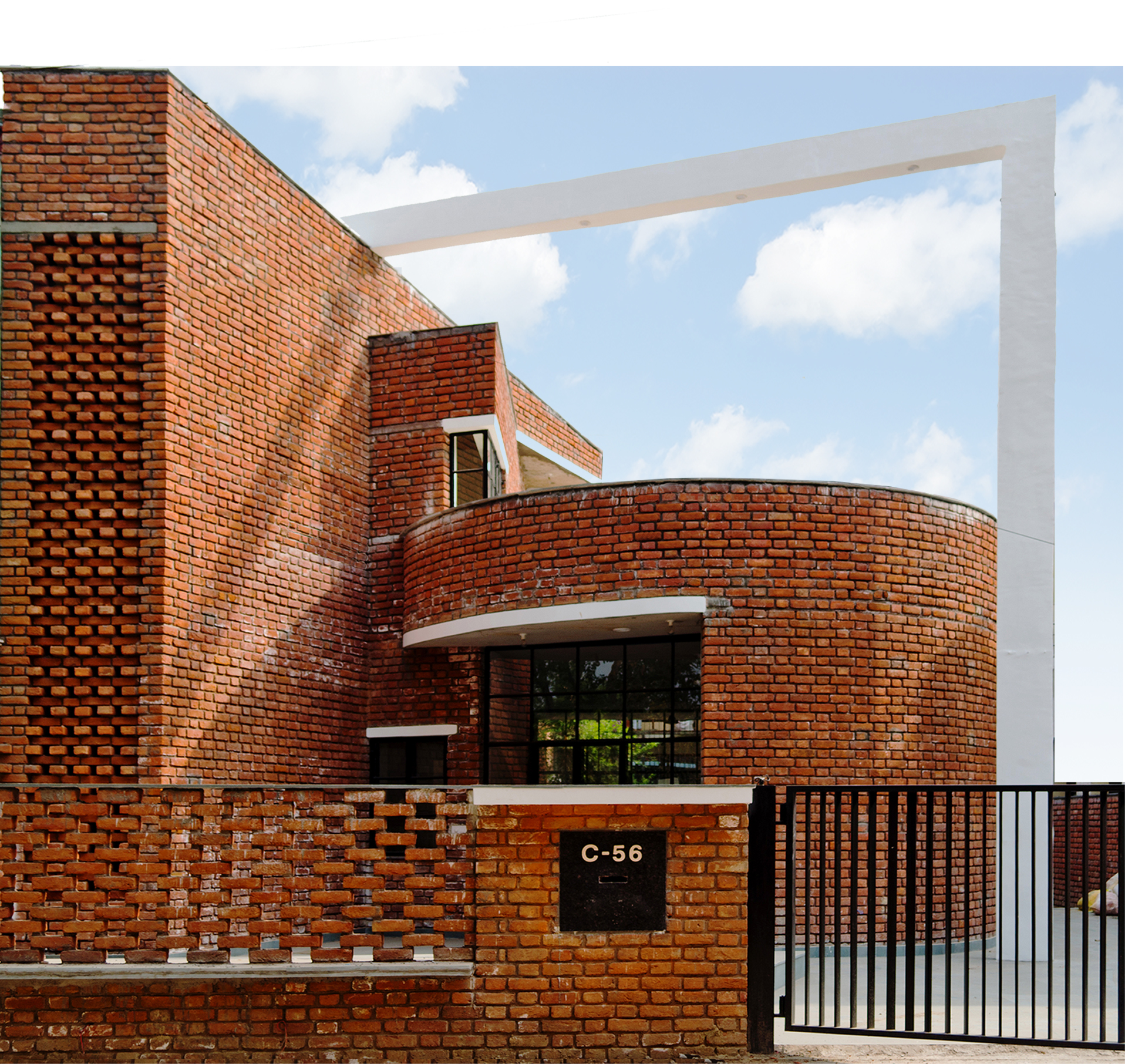 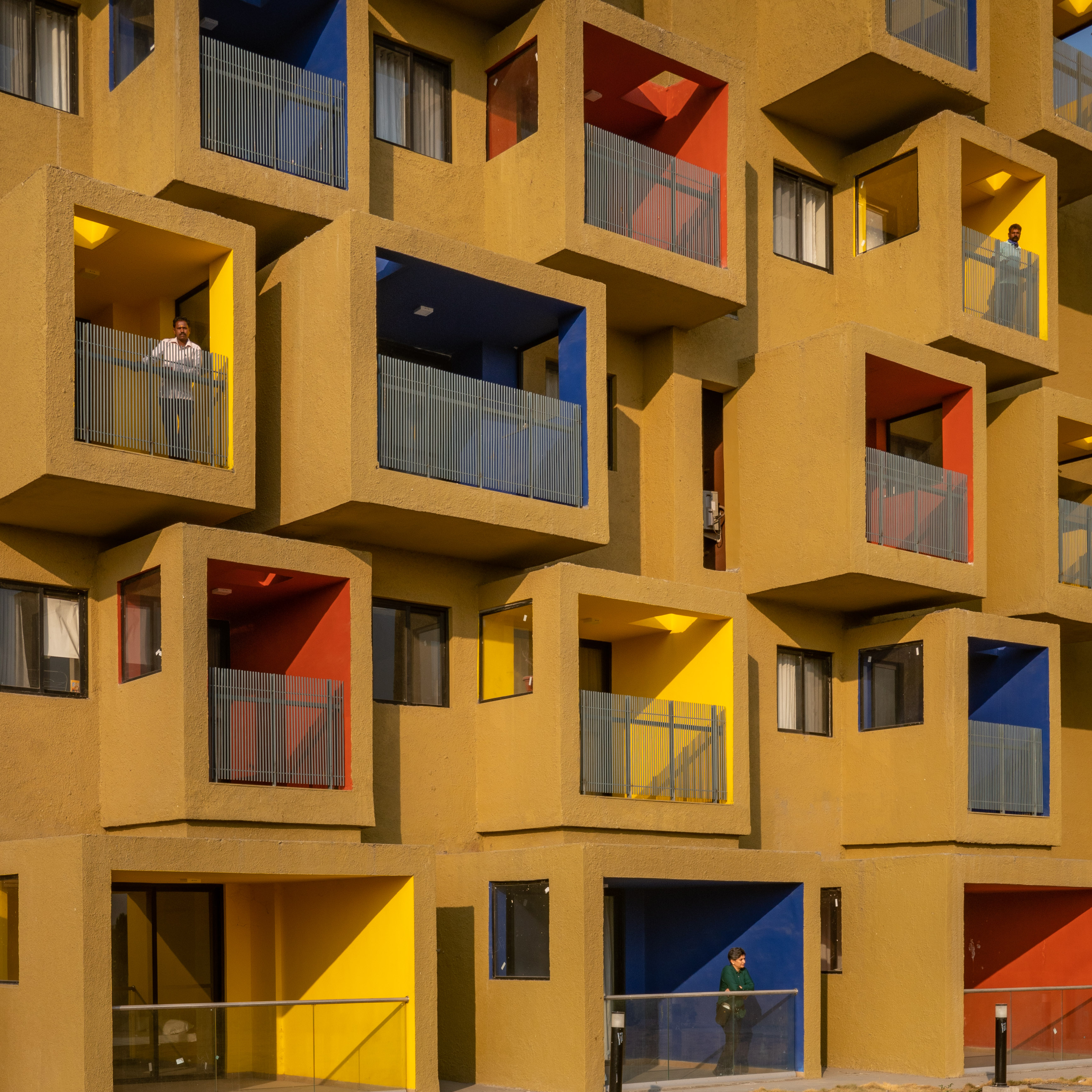 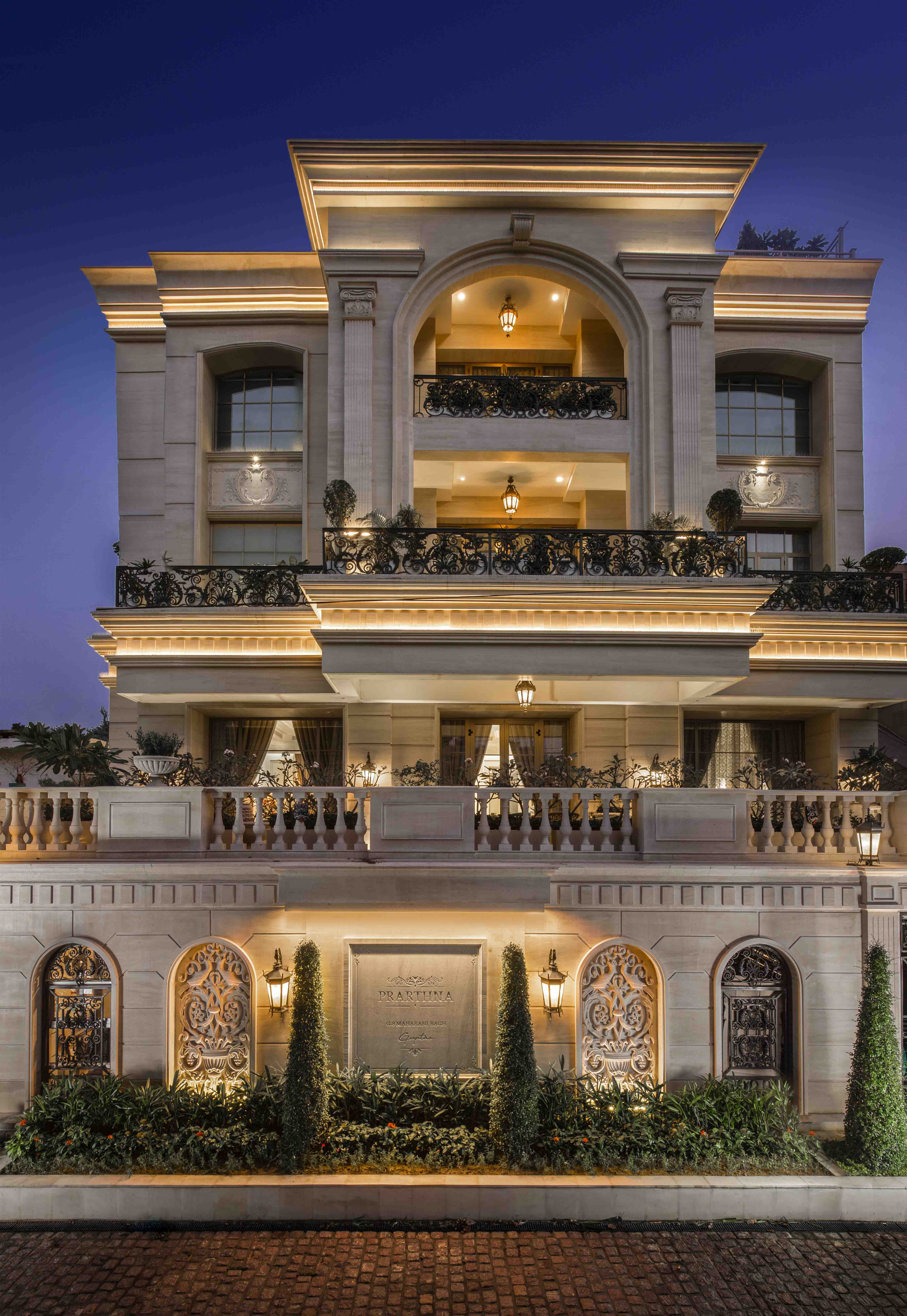 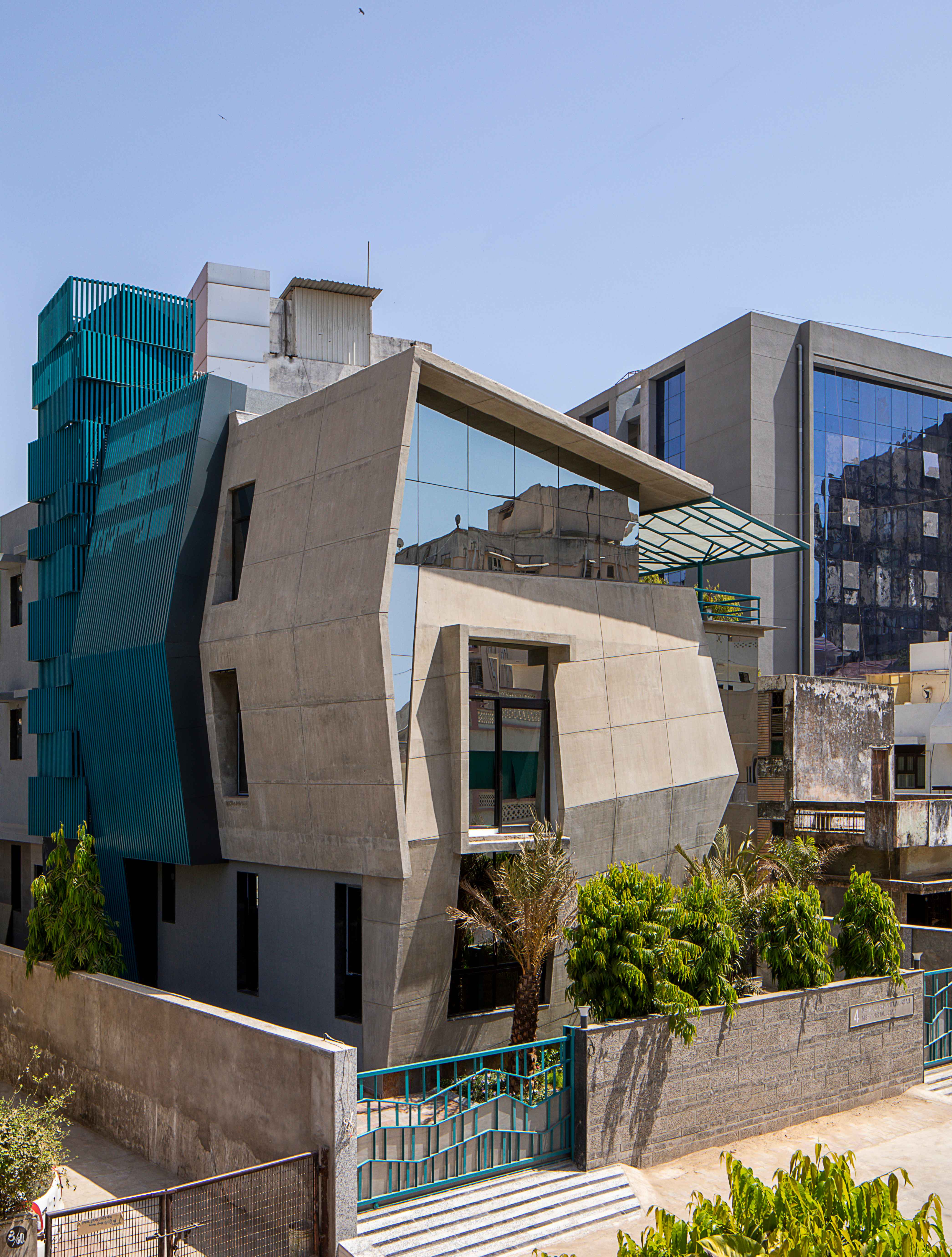 The Jagged House: A Monolithic Masterpiece 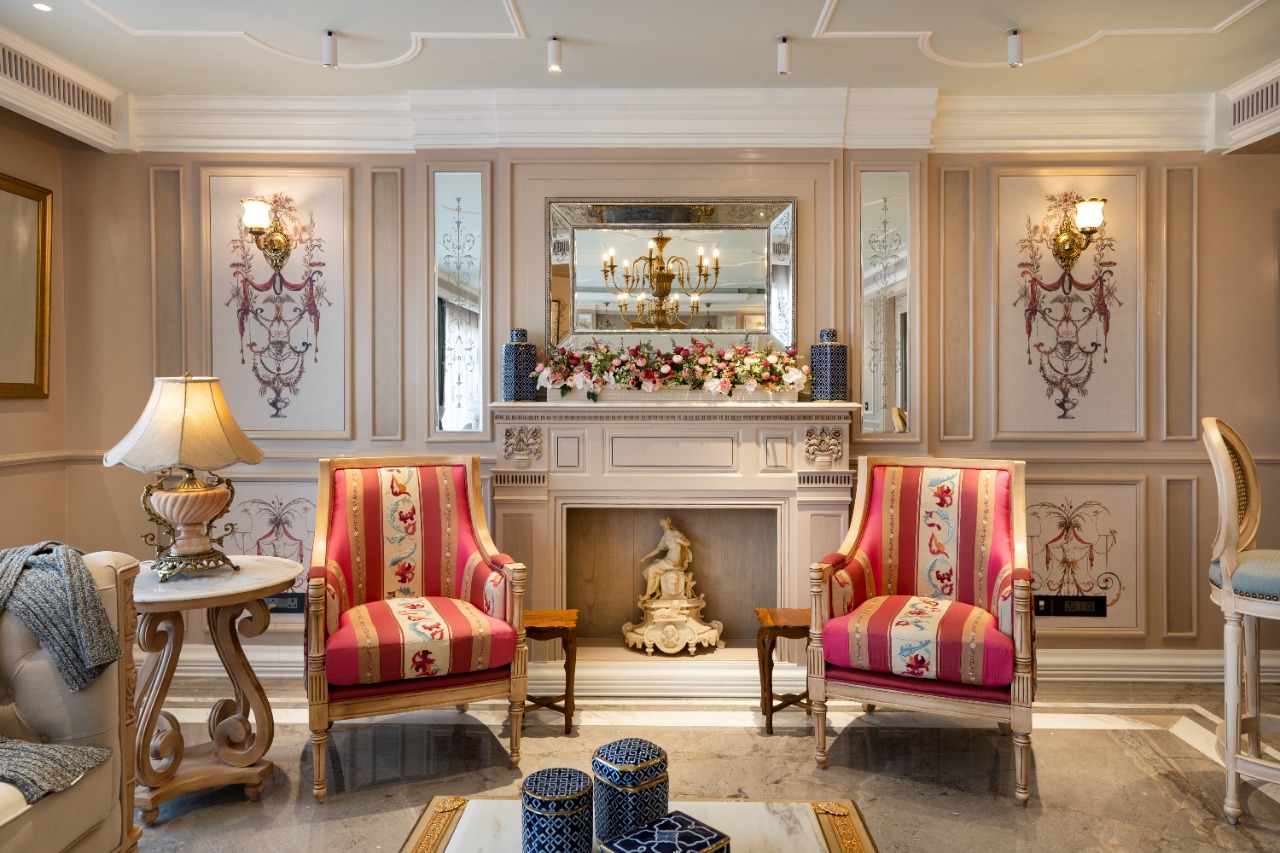 Dreamwood Residence: A Flair for Refinement