Home / Expert Speak / A Budget for the People, by the People 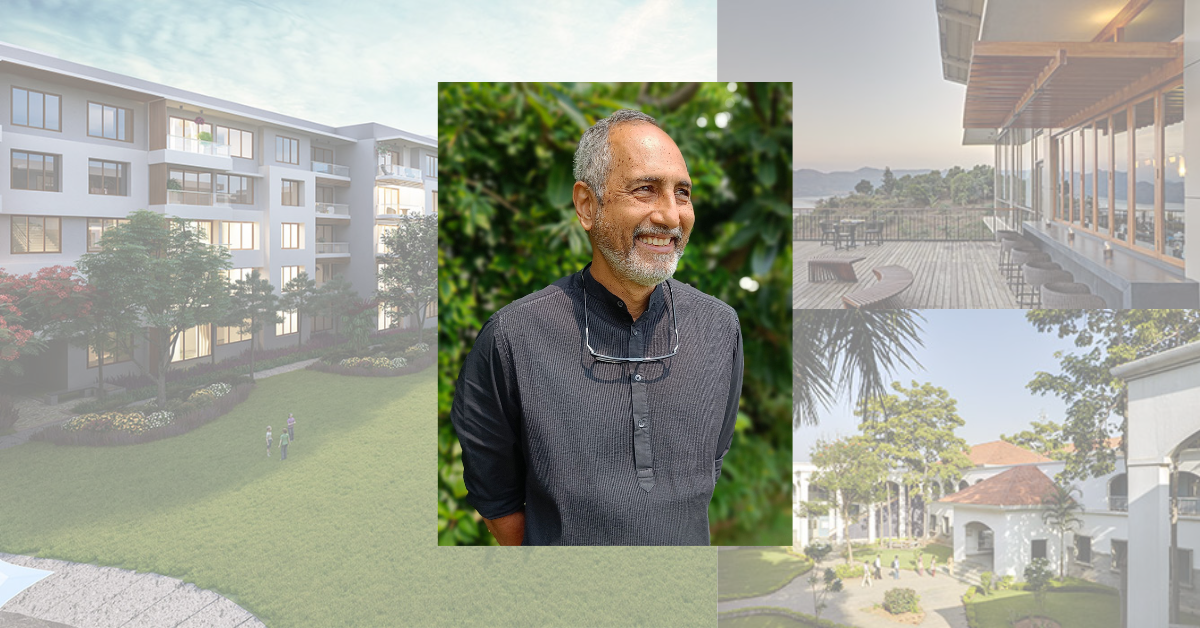 Rahul Kadri is a partner and principal architect at IMK Architects, Mumbai. Kadri has garnered respect from far and wide owing to his wide portfolio of work comprising over 150 completed projects in India and abroad along with over 6 decades of experience.

The first and most important stage in city management is typically budget allocation, which is the money set aside for spending on public facilities and services. He believes that true governance is about utilitarianism. In his explanation, he elaborates on how participatory budgeting is a mechanism for inclusive policy-making that directly involves individuals in discussions about the distribution of municipal finances. He provides readers with information on global success stories and expands on the Mumbai Case.

True governance is about utilitarianism; the right choices in terms of policy and action should create maximum happiness for the greatest number of people. And budget allocation, the funding designated to expenditure on civic infrastructure and services, usually serves as the first and most vital step to city administration.

In most cities, the mandate for allocating the budget is with the municipal corporations, municipalities, and nagar panchayats (town councils). But for these agencies to serve their constituents better, there must be a reliable process to ascertain what the people need and want; what projects will end the most satisfaction to the majority of citizens. An effective process that is not dependent on guess-work, would prevent wastage of funds, and ultimately aid in providing a better quality of life–by truly accounting for needs and concerns of the residents.

More often than not, there are never enough funds and time to do everything–so how should funds and time be prioritized and whose aspirations should the authorities address ? How can we make the civic budgeting process more inclusive, equitable and effective ?

Participatory budgeting is a tool for inclusive policy-making that directly involves citizens in deliberations on the distribution of municipal funds. It provides elected representatives with insights and perspectives from multiple stakeholders to create focus on funding choices. The process follows an annual cycle of engagement with phases for planning, executing and reviewing the budget. Citizens define what features, problems and sectors in their neighbour-hoods and cities should receive funding–which can range from demands of footpaths, street lights, parks, drainage systems to paucity of housing, hospitals and schools and so on–and are then asked to collectively prioritise these projects through a transparent and democratic rating system.

The roots of participatory budgeting can be traced to the Brazilian city of Porto Alegre in 1989, under the leadership of the Workers’ Party in coalition with pro-democracy social movements. Its initial success soon made it attractive to other municipalities. Today, participatory budgeting is successfully being implemented in 1500 cities worldwide in countries such as Latin America, North America, Asia, Africa and Europe.

Pune was among the first Indian cities to introduce and implement participatory budgeting in 2005 and has been successfully doing so ever since. Every August, to spread awareness and gather citizen input, the city’s municipal corporation publishes advertisements and invites people to submit suggestions for the forthcoming budget. This takes place through a system wherein citizens are encouraged to fill in and submit a ‘Citizen Suggestion Form,’ which is available online or at the ward office. The proposals on civic work are then sent to the prabhag samiti(division committee),which is made up of the elected representatives of the locality, to be incorporated in the municipal budget.

Participatory budgeting was introduced in Seville in 2004. The city is divided into 21assemblies, and each year the council decides the amount that will be allocated by the assemblies. Approximately $17 million of the total city budget of about $1 billion is allocated through participatory processes. Participatory budgeting has led to the development of infrastructure including a network of cycle lanes across the city, several swimming pools and sports grounds in the city. Urban renewal programmes, such as the construction of new drains and pavements, have also been undertaken in poorer neighbourhoods and work on repairing schools has also been executed.

In 2009, residents of Chicago’s 49th Ward were the first to introduce participatory budgeting in the United States. Since then, Chicago has successfully implemented six voting cycles across the city (and currently is in the seventh cycle), engaging more than 26,000 residents in 12wards in directly deciding how to spend approximately $31 million on over 160 community projects. In all this time, the residents have managed to fix streets and sidewalks, improved parks, build on biking and transit infrastructure and more.

The Case of Mumbai

For the city of Mumbai, let us consider a bottom-up system where municipal budget-making is decentralised to the neighbourhood level: where citizens are directly involved through all stages of the planning process. The process would involve the following steps:

To deliberate and collectively decide on where money should be spent, citizens can be invited to public neighbourhood-level meetings through pamphlets and newsletters sent by their respective RWA societies. The use of social media platforms such as Facebook and LinkedIn as well as Whatsapp groups can be used as effective tools in sensitizing people about the budgetary process and spreading awareness. Clear information about the budget, its timeline and process, must be provided—allowing citizens to come prepared to the meeting with ideas, concerns and suggestions. Such transparency would also help gain the trust of the citizens.

Assuming about one hundred residents show up to each meeting, the features requested by them can be recorded, enlisted and prioritised by a rating/voting system in a short span of three hours. Features can range from works pavements, street lights, bus stands, public toilets, public parking, drainage, bus stands etc. The priority of each feature can be determined by the number of citizens it affects–a larger pool affected would increase the rank of the feature.

4. Drafting of Prioritized List of Proposals and Submission of Citizen Input:

The prioritized list of proposals can then be drafted and sent by each neighbourhood to the Municipal Corporation of Greater Mumbai (MCGM; in the case of Mumbai), made up of elected representatives of the people for review and financial feasibility. This would then culminate in a budget presented to the city at large.

Citizens should be offered feedback about their ideas and notified about developments and work undertaken during the year. Additionally, before the next meeting, citizens should be encouraged to review the successes and failures of the previous year’s budget.

5. A System of Checks and Balances

Critics may argue that the participative budget is time-consuming compared to an imposed budget. Since the budget preparation starts right from the ground level up to the top authorities, too much participation may derail the process, and instead waste time on issues of less concern. Also, the participatory model could sacrifice long-term planning to prioritize local issues and ignore regional or national issues to meet citizen demands.

However, it is especially important to understand that while any tool meant to support decision-making processes may be lengthy, such processes are aimed at deepening democracy, preventing corruption and building equitable communities for all. Moreover, such detailed timelines often allow important decisions that affect citizens directly to pass through multiple rounds of deliberation and scrutiny–allowing the most-refined outcomes to be generated. Further, addressing local issues is of extreme importance since there already exist numerous other decision-making processes done by municipal corporations and governments that target national concerns. Also, it is recommended that only 30% of the total budget should be participatory. This gives enough of the remaining budget be decided by municipalities for allocation towards macro-issues.

In order to ensure that the participatory budget doesn’t become redundant over a period of time, a system of checks and balances can also be put in place. A system can be laid out wherein, depending on the total capital budget, a range of 1-3 projects can be allowed per neighbourhood in order of priority. Hence, when proposals are submitted by each neighbourhood to the MCGM they are strictly required to follow the order of priority and not pick and choose between projects based on which is cheaper. In this sense, the MCGM could work through decentralized power to ensure transparency, coordination and develop adequate infrastructure that would best address the needs and concerns of all citizens.

A Democratic Future for Budget-Making

It is important to ensure money generated by the people is spent for their own benefit. As we shape cities of the future, we need to encourage diversity in thought and value local knowledge. As a democratic tool, participatory budgeting holds the key to reaching a more representative sample of people and addressing their needs as well as aspirations in the built environment. It is only through such a process that our cities can truly represent the needs of the people they serve and foster an equitable future. 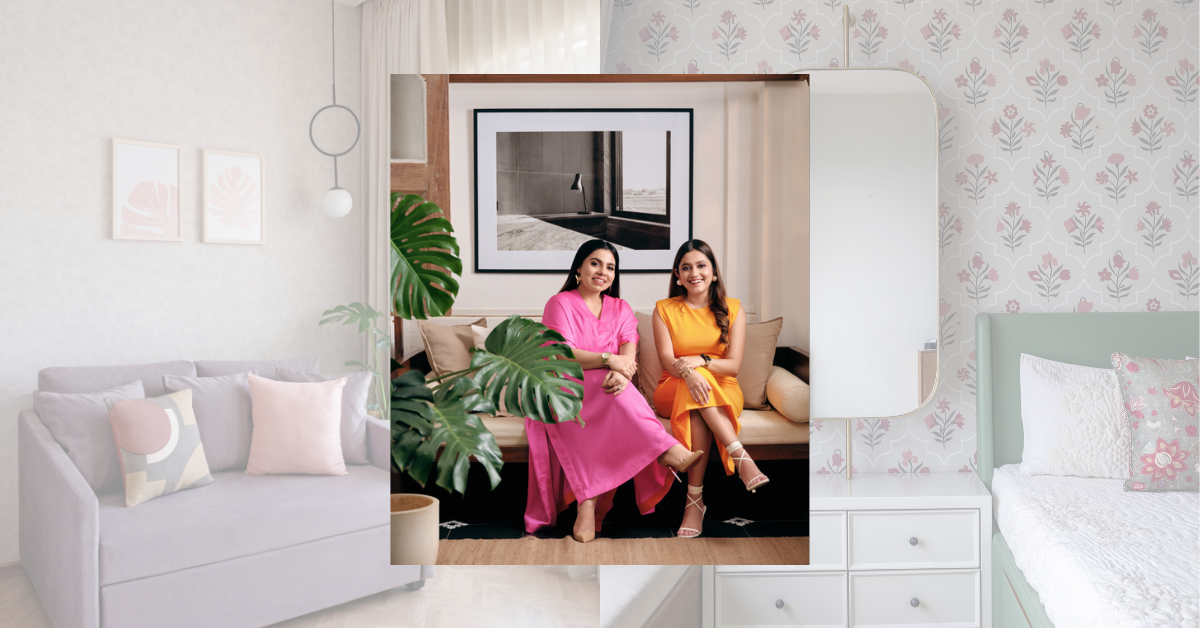 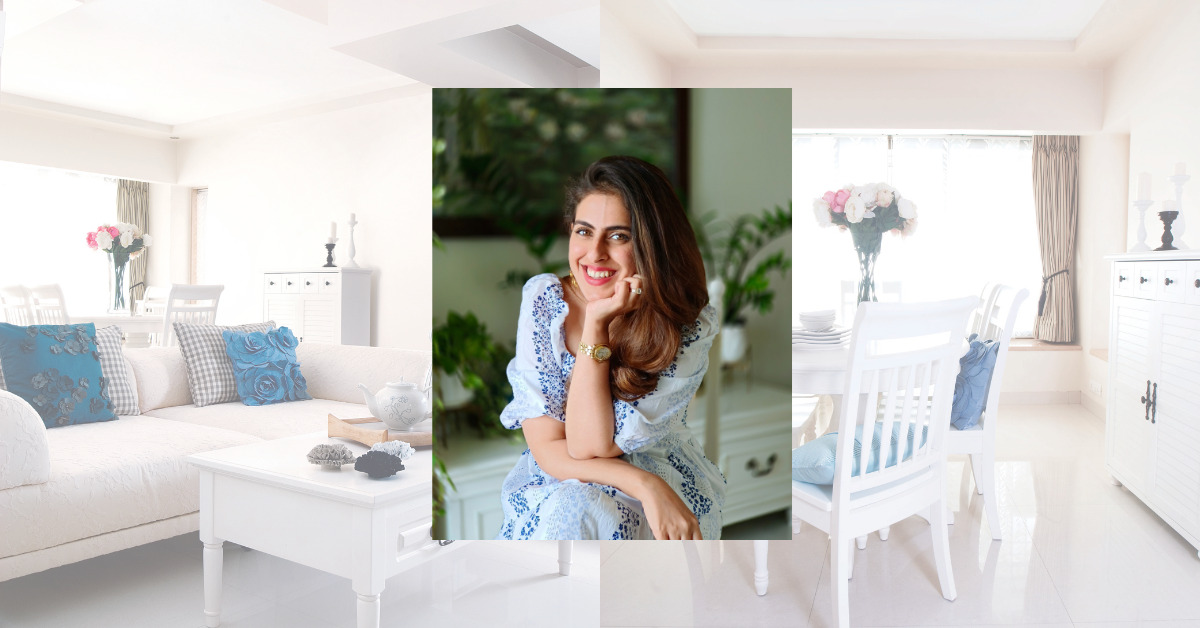 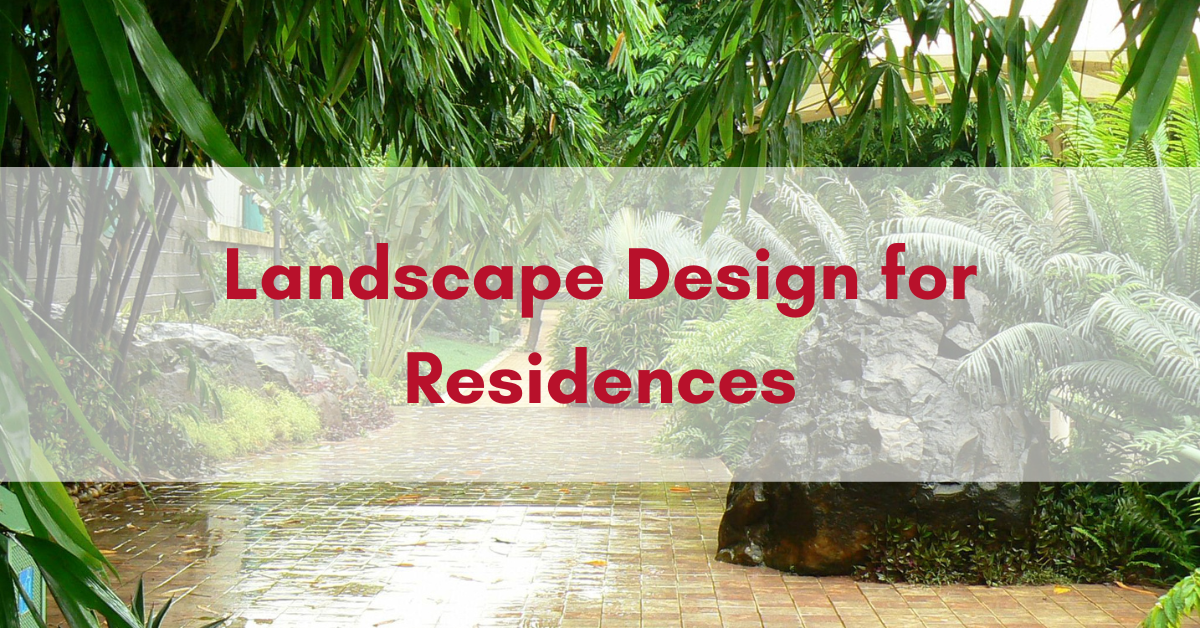 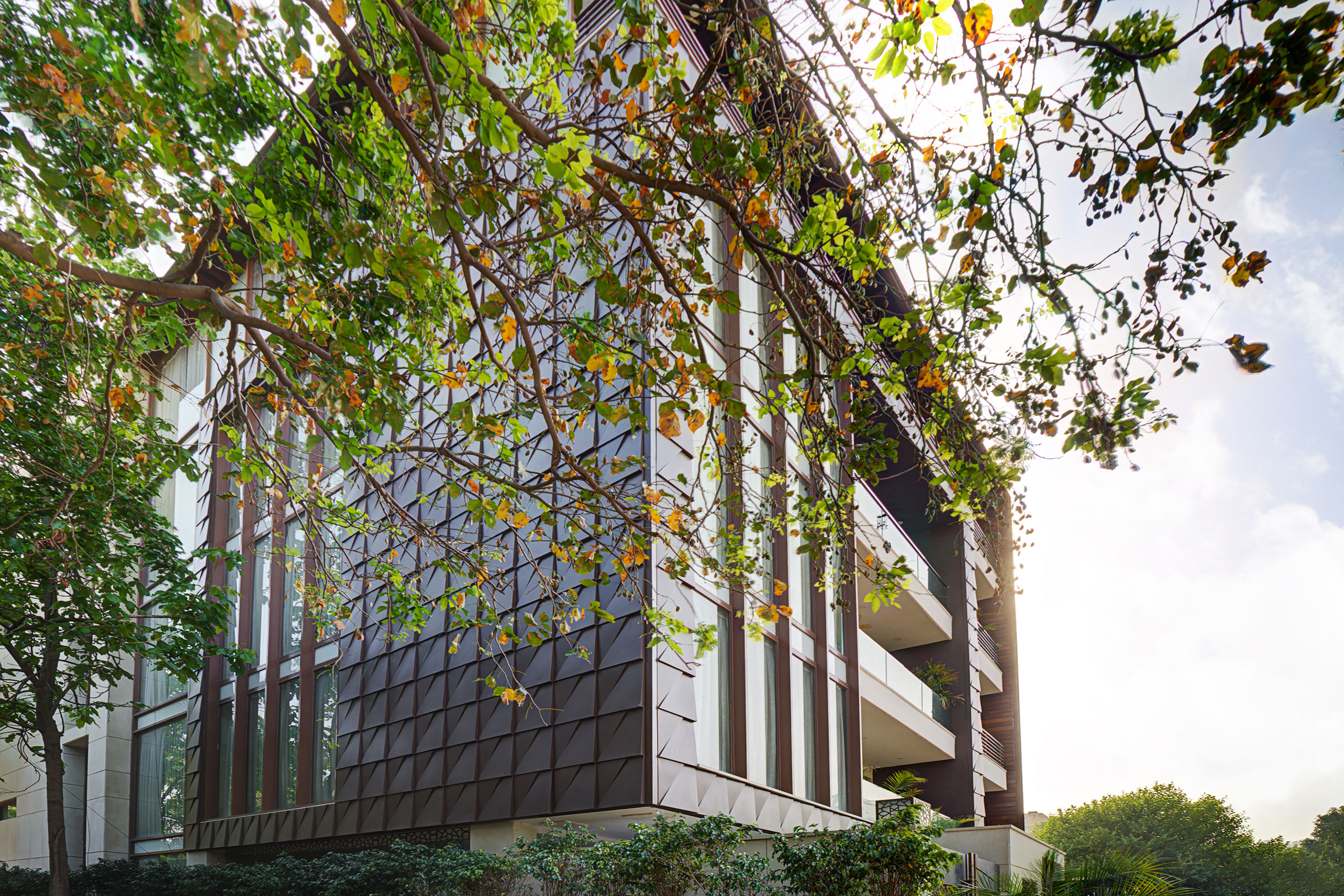 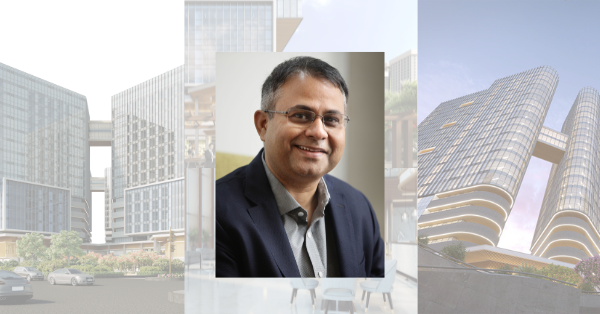