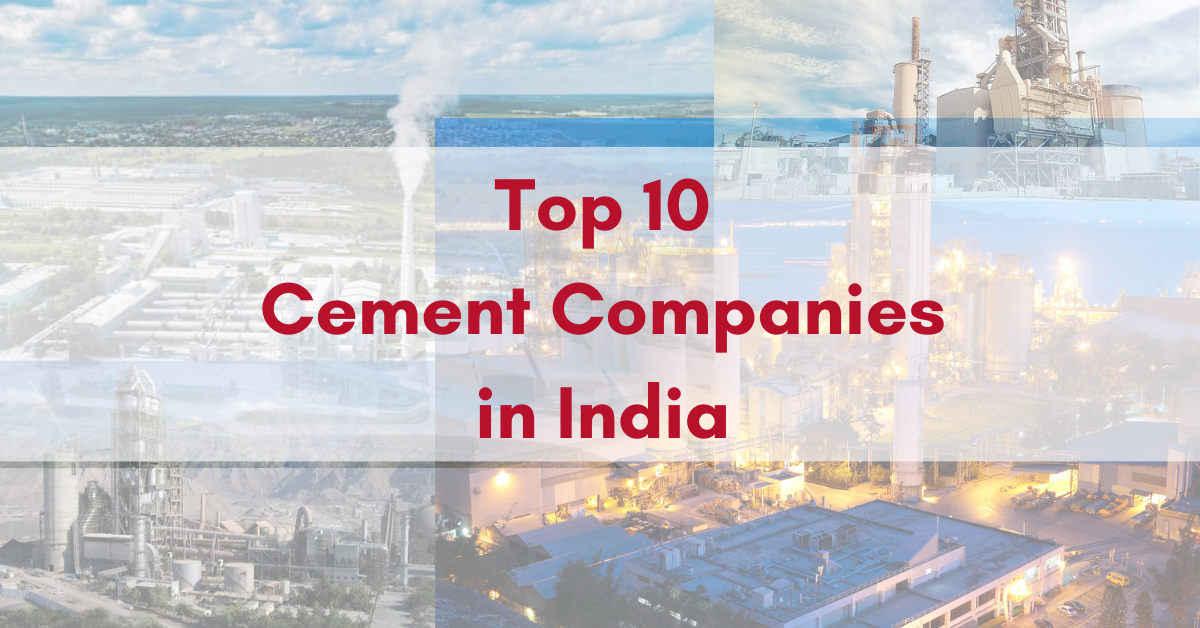 India is the world’s second-largest producer of high-quality cement. In India, there are 183 big cement plants and more than 365 small cement plants. There are currently 40 participants in the market nationwide. For every million tonnes of cement produced, the downstream sectors of the cement industry employ ~ 20,000 people. In this article, we’ve covered top 10 Cement Companies in India who are leading and flourishing the cement industry in the construction sector.

In 1914, India’s first cement company with a 10,000-ton capacity started operations in Porbandar, Gujarat. Today, Indian cement plants are the most energy-efficient and environmentally friendly in the world. They are on par with the best in the world in almost every category, including the size of the kiln, technology, energy consumption, and environmental friendliness. This is because of the widespread modernization and the adoption of new-age technology.

Cement is vital to the construction sector and all infrastructural projects. Only the construction industry alone accounts for 7% of the nation’s GDP (GDP). The cement industry is increasing at a greater pace. The demand for cement in highways, urban infrastructure, and commercial real estate is predicted to expand at a CAGR (Compound Annual Growth Rate) of 5.65% between FY16 and FY22 in India. India now produces 298 Million Tonnes Per Annum (MTPA) of cement at its installed capacity of 500 MTPA.

Aditya Birla Group owned Mumbai-based UltraTech Cement Limited is the country’s largest producer of white cement, ready-mix concrete (RMC), and grey cement. UltraTech has an installed capacity of 116.75 million tonnes per year. It is the only business outside of China to have a capacity of over 100 million tonnes in a single nation.

A significant Indian cement manufacturer, Ambuja Cements Limited, formerly known as Gujarat Ambuja Cement Limited, sells cement and clinker for both domestic and international markets. Since 2006, the business has collaborated strategically with Holcim, the second-largest cement producer in the world. For INR 21.4 billion, Holcim acquired a 14.8 % promoters’ share in GACL in January.

Ambuja Cement was founded in 1983 by Narotam Sekhsaria and Suresh Neotia. In under 30 years of operation, the company has grown significantly from a single plant with an annual capacity of 700,000 tonnes to a cement powerhouse with five integrated cement manufacturing plants and eight cement grinding units, with a combined capacity of 29.65 million tonnes, in 2016.

In 1979, Shree Cement, an Indian cement factory, was established in Beawar, Rajasthan. It is one of the largest cement manufacturers in Northern India and has its current headquarters in Kolkata. Shree Power (Captive Power Plant) and Shree Mega Power are other names for the power it generates and sells (Independent Power Plant).

The enterprise is listed on the Bombay Stock Exchange and the National Stock Exchange. Around 100 people were employed in total in 1985. There were 6299 employees overall as of March 31, 2017. It is one of India’s top 5 cement manufacturers. Launched two new brands called Rofoon and Bangur power in 2019.

A Mumbai-based Indian cement manufacturer, ACC Limited (formerly The Associated Cement Companies Limited) is a subsidiary of Ambuja Cements and a member of the Adani group. The company has a pan-India presence. From the 1960 Bhakra Nangal Dam to the Mumbai-Pune Expressway, ACC cement has been a key component of many of the nation’s most recognisable structures. ACC was one of the earliest businesses in India to have environmental protection as one of its corporate goals.

Since its inception in 1936, the journey of ACC Ltd has been eventful. In the year 2019, ACC Jamul unveiled a 5.35 MW solar photovoltaic plant to generate solar energy that will power operations at the plant. ACC became the first Indian cement company to publish an Environmental Product Declaration for all its blended cement products across all of its 17 cement plants in 2018.

Jaidayal Dalmia established Dalmia Cement, one of India’s first pioneering cement businesses, in 1939. Dalmia Cement (Bharat) Ltd, an entirely owned subsidiary of Dalmia Bharat Ltd with its headquarters in New Delhi, is a publicly-traded company that is listed on the Bombay Stock Exchange and the National Stock Exchange.

With 14 cement factories and grinding units located across 10 states, the corporation has a 35.9 MnT annual manufacturing capacity (MTPA). With more than 33,000 dealers and sub-dealers, the company currently provides services in more than 22 states and is a major player in every area in which it operates. The four important eastern states of West Bengal, Bihar, Jharkhand, and Odisha all have at least one Dalmia Cement plant each.

One of India’s top producers of grey cement as well as a top producer of white cement globally is JK Cement Ltd. The Company has worked with India’s multisectoral infrastructure demands for more than 40 years as a result of its technological leadership.

The commercial production of grey cement at JK Cement’s flagship facility in Nimbahera, Rajasthan, started in May 1975. The company recently completed the successful commissioning of the grey cement grinding mills in Aligarh, UP, Balasinor, and Gujarat in the year 2020. This was followed by the introduction of a new corporate identity in 2021.

The Ramco Group, a well-known commercial organisation in South India, is led by its flagship company, Ramco Cements Limited. Its headquarters are in Chennai.

In 1976, Ramco adopted dry process kiln technology with a capacity of 12,000 tonnes per day. It was the first of its kind in India. The sixth grinding unit in Haridaspur, Odisha was commissioned in 2020. Fifth integrated cement plant at Kalavatala, Kurnool District, Andhra Pradesh in 2022.  Today, Ramco Cements becomes one of the largest cement producers in India, with a total cement production capacity of 21 MTPA.

Shri S N N Sankaralinga Iyer and Sri T S Narayanaswami, created India Cements Ltd. in 1946. Over the past 20 years, India Cements has grown significantly, rising from a two-plant firm in 1989 with a total capacity of just 1.3 million tonnes per year to one with 15.5 million tonnes annually.

Incorporated in 1946, the company commissioned its first cement plant at Sankarnagar in 1949.

Founded by Shri Ghanshyam Das Birla in the late 1910s and carried by Madhav Prasad Birla, Birla Corporation Limited is the flagship company of the M P Birla group of enterprises with its headquarters in India. The Birla Corporation began as a jute manufacturing business in the 1890s but eventually expanded to operate four major divisions: cement, jute, linoleum, and vehicle trim.

In 1919, the Birla Jute Manufacturing Company Limited was established. With the AMP, which is constructing a solar power plant in 2020, the Company has agreed into a long-term power purchase agreement (PPA). The Cement Division of Birla Corporation Limited has 11 plants at eight locations, Satna & Maihar (Madhya Pradesh), Raebareli & Kundanganj (Uttar Pradesh), Chanderia (Rajasthan), Mukutban & Butibori (Maharashtra) and Durgapur (West Bengal).

Jaypee Group’s cement facilities are located in the Satna Cluster, Madhya pradesh as well as Uttar pradesh. The cement division of the Group has a rich history of over three decades of producing high-quality cement through its state-of-the-art cement plants. The group produces a special blend of Portland Pozzolana Cement under the brand names Jaypee Cement, Buland, Master Builder & Buniyad. 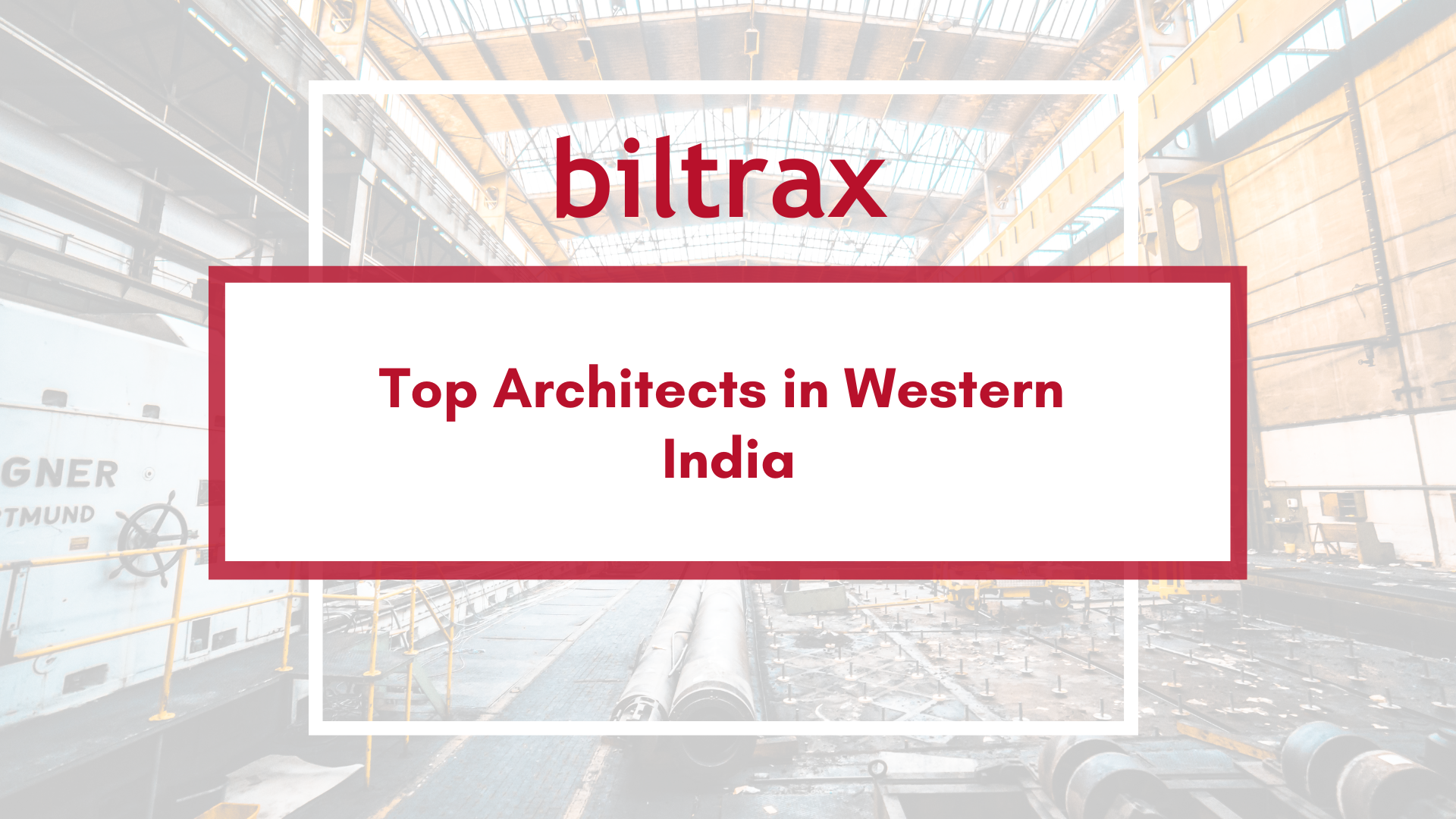